Number of the Beast (Superhero) 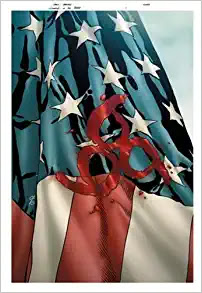 This review was a long time coming, as I completely forgot that I had this series at all. Only during by semi-annual cleanse of my collection did I stumbled across Number of the Beast at the bottom of a box of otherwise forgettable comics. It's a rare purchase for me, not because it deals with mainstream superheroes, but because I purchased a bundle of the comics, 8 issues bound in a bag, rather than the graphic novel. I almost never do that and it must’ve been during a splurge at one of the half-off deals the rapidly sinking comic markets around here were having. As such I picked it up for five bucks, tossed it on a pile, and probably forgot about it three minutes later. Thus like finding an extra twenty in your pocket you forgot about, this series was a joyful find.

For those who remember Wildstorm, they were originally an independent spin-off universe from Image comics. Titles included Stormwatch, The Authority, WildCats, and were all set in the same universe - there was also a number of independent creator-owned comics, but were talking about the main universe here. The big draw was that things changed in this Universe. The Authority took over the USA at one point. Superheroes had a major effect on what was happening in the world. Then sales flagged and the entire line was brought up by D.C. Comics. Then similar to when D.C. bought up the Charleston line, they really had no idea what to do with this new universe. Answer, blow it up and integrate the parts they wanted into the main D.C. universe. 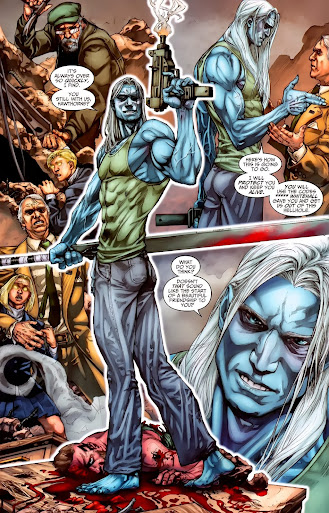 There were three series leading to the end. The final one being this Number of the Beast. Many readers have complained that for an Armageddon story in a semi-popular universe, the majority of the action doesn’t involve any of the main players. True, Stormwatch, The Authority, and so on don’t appear until the fifth issue, but I still enjoyed this series for what it did right. First of all, the end is caused by villains and presumed dead heroes and events from previous in the WildStorm universe. We see the return of the High, the Eilidon, various alien races, and a containment system used to house most of the first wave of posthumans after WWII.

The basic plot is that the remains of the High are dumped into this containment system, which he proves to be be too powerful to be controlled by. He breaks out, along with the remainder of these heroes from the 1940s - who haven’t aged since then. This starts a chain-reaction which results in the United States launching a barrage of weaponized clones of the High to wipe out the remains of any post-human teams. As a result much fighting breaks out, and the entire world is scourged of nearly all life. Hey, you knew it would be an apocalypse tale.

If the main players of this universe are relegated to bit parts, I rather enjoyed this story. The only snag I found was the ridiculous reason why all those heroes from the 1940s were essentially trapped in a Matrix-like suspended animation. But the violence was decent, the art engaging, and I liked seeing references to past WildStorm stories I’ve read in the past. Is it the next Kingdom Come? Not at all, but I found it a fun, light read, that took itself seriously. Certainly worth a look for the right price. 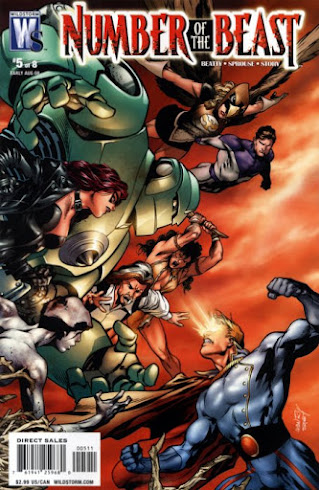