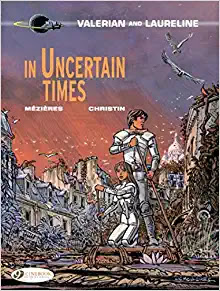 This is volume 18 of the series Valerian & Laureline: Spatio-Temporal Agents. The Valerian series (for those who don’t know) is one of the longest running series ever in French-Belgium comic history. It started in 1967 and finished its final volume in 2010. This is not the place to begin reading the series, as it references at least 6 other volumes. However, for those who have read the series before, the art is above and beyond - it was always good, but this volume is better than most - and the story is fascinating. 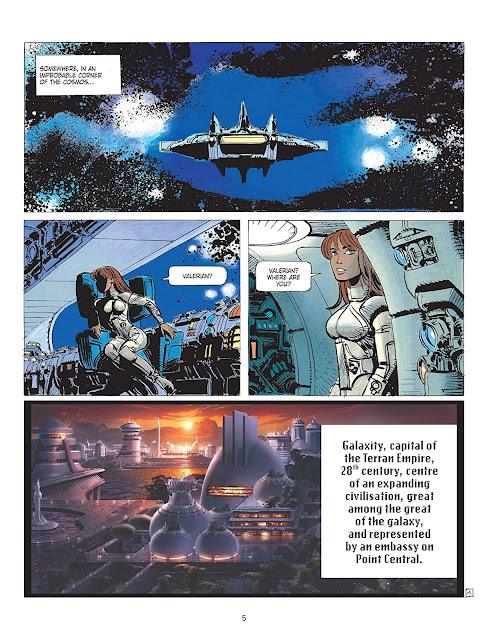 Valerian and Laureline used to work for the Spatio-Temporal Service which protects the planets of the Terran Empire and its capital, Galaxity, in the 28th century. An event in 1986 where a disaster did or did not occur has wiped this timeline out of existence, stranding our two heroes in alternate time. They struggle to find what happened to their timeline and correct the fault.

In the 21st century a corporation is about to hit upon a discovery which would change mankind, absolute immortality. This attracts the gods of Hypsis who begin interfering with Human history. Tired of their lower status among their peers, the trinity in charge of planet Earth opens communications with megacorporation Vivaxis at the end of the 20th century – an occurrence Valerian and Laureline's allies report to the two ex-agents. Their struggles lead to valuable information on the Galaxity and set our heroes down the path of their final adventure. 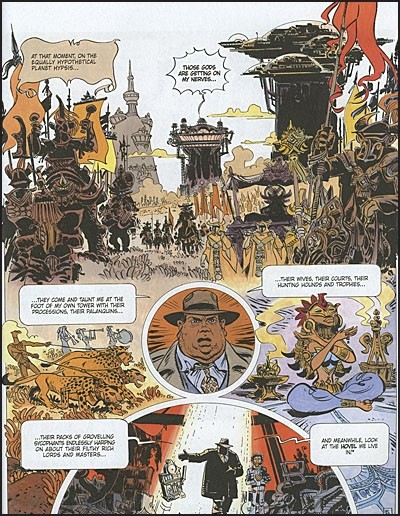