The Land Without Stars (Science Fiction) 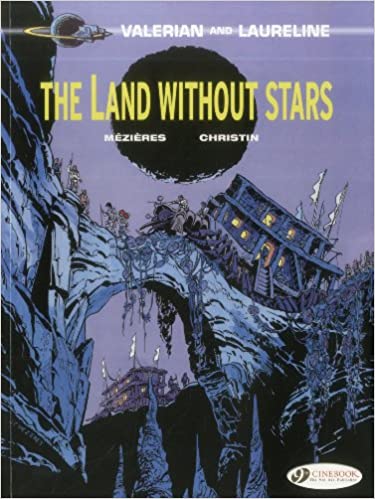 This is the third volume of the French science-fiction series, Valerian & Laureline: Spatio-Temporal Agents. This was originally published in issues 570-592 of the comic magazine Pilote from 1970-1971. The Valerian series (for those who don’t know) is one of the longest running series ever in French-Belgium comic history. It started in 1967 and finished its final volume in 2010. The series became more complex over time, but these early volumes are fresh, free of narrative encumberments. They are more along the lines of science-fantasy than science fiction. It is only later that the plots ramp up. In this case the story is fun and light. French sci-fi strips were something of a rarity when this was published, so you can see the creators having fun flexing their creative muscles.

Valerian and Laureline work for the Spatio-Temporal Service which protects the planets of the Terran Empire and guards against temporal paradoxes caused by rogue time-travelers. The capital of Earth, Galaxity, is the center of the vast Terran Galactic Empire in  the 28th century. Humanity has discovered the means of travelling instantaneously through time and space. Thus are heroes adventures can happen anytime and anywhere. 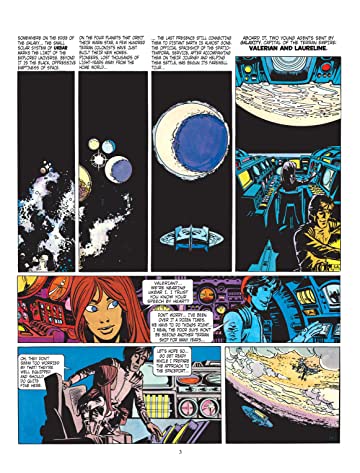 While assisting human colonists who have settled in a distant star system they discover a rogue planet is on a collision course with the planet. The pair jump to the planet and find it to be lifeless, but their curiosity is piqued by some phosphorescent lakes. Taking a launch from the astroship, they dive into one of the lakes and are astonished when they emerge on the other side – it is a hollow planet. Light is provided by the planet's core and there is a small rocky moon in orbit. Inside they find themselves in the middle of a war run by two cities, each attempting to prove the dominance of their specific sex. Our heroes must solve this problem before fixing the planet’s trajectory. 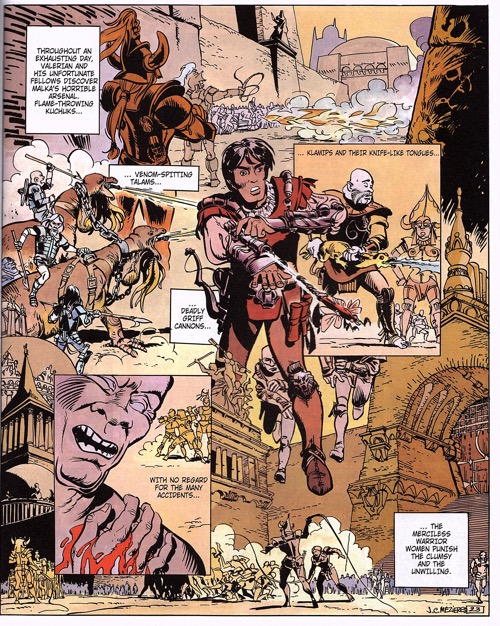