Just Tell me When to Cry: A Memoir 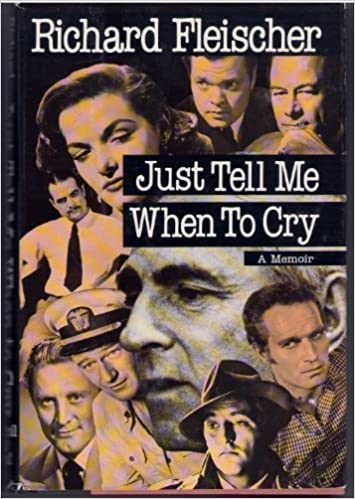 “Movies are a funny business. For some reason it is almost impossible to tell a serious story about the film industry without everyone laughing. The worse the disaster, the more hilarious it becomes. You can tell of careers being ruined, fortunes being lost, people being injured, or worse, and the reaction is always laughter. The trouble, I suppose, is that while it’s a serious business, it seems too ridiculous to be taken seriously. After all, it’s only moving pictures on a silver screen.”

This is the memoir of director Richard Fleischer whose career spanned over four decades of Hollywood - a massive feat- and yet still his name remains relatively obscure. Sixty two credits to his name and a host of important critically acclaimed films such as: Soylent Green, Twenty Thousand Leagues Under the Sea, Dr. Dolittle (the original), Tora! Tora! Tora!, Fantastic Voyage, Compulsion, Conan the Destroyer, Red Sonja - the last two he doesn’t mention at all. All well-known films. Many of which still stand up, but still the name remained unknown. 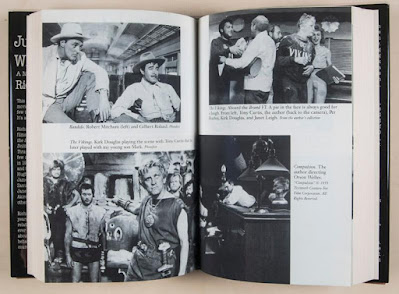 I was more familiar with his father, Max Fleisher, the famous animator - who invented the rotoscope where a film and animation could overlap each other. The creator of Betty Boop. The early rival of Walt Disney, whose only feature film Gulliver’s Travels still stands up. And who was brought down by the heads of Paramount who couldn’t see innovation until it bit them in the ass. But enough of that.

This book is a collection of anecdotes about the authors four decade career and his dealings with various Hollywood talent. It isn’t a straight shot of his life, the author decides to pick out the best, juiciest morsels and give them to us. Who was the best to work with, Edward G. Robinson, and the worst, Charles Bronson, and everyone in-between - Kirk Douglass, Robert Mitchum, Charlatan Heston, Rex Harrison, Orson Welles, John Wayne, Howard Hughes, and so on.

The stories are fun and provide a glimpse into old Hollywood - minus the casting couch - and characters lurking behind the scenes. Truly what a weird, unique, and terrible world. My only consternation is that the best bits for all the films mentioned are already recorded in the trivia section on their respective IMDB pages. So you might as well go look at them rather than spend money here. My only other regret is that he doesn’t mention working with Schwarzenegger at all. You’d think that’d be worth one anecdote. Ah well.

For more readings, try books by Rex Hurst.
Posted by RexHurst at 2:33 PM

Email ThisBlogThis!Share to TwitterShare to FacebookShare to Pinterest
Labels: Autobiography