The Order of the Stones (Science Fiction) 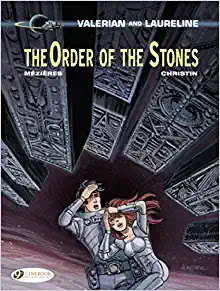 This is volume 20, the penultimate album, of the series Valerian & Laureline: Spatio-Temporal Agents. The Valerian series (for those who don’t know) is one of the longest running series ever in French-Belgium comic history. It started in 1967 and finished its final volume in 2010. This volume is probably not the best place to start as it references and has returning characters from most of the other volumes. Begin at volume 1 and take it from there. This particular story is the middle of a trilogy, so be aware. 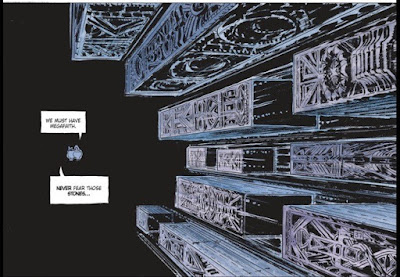 Valerian and Laureline used to work for the Spatio-Temporal Service which protects the planets of the Terran Empire and its capital, Galaxity, in the 28th century. An event in 1986 where a disaster did or did not occur has wiped this timeline out of existence, displacing our two heroes in alternate time. They struggle to find what happened to their timeline and find that earth has been consumed by a region called the Great Void. In the previous volume our heroes have traveled to the Great Void and prepare to enter it with of day-dreaming explorers.

The heroes craft lands on a small planetoid, where they crew first encounter a group of massive sentient stones, called the Wolochs. These creatures' intentions are to destroy all possibly threatening civilizations. They are said to have no emotions and have waged war on all organic life in the galaxy, destroying several planets and allying themselves with all sorts of associates - a host of villains from Valerian and Laurline’s past. They discover their best hope is to use an ancient item called the Time Opener. They continue into the Great Void to find more. 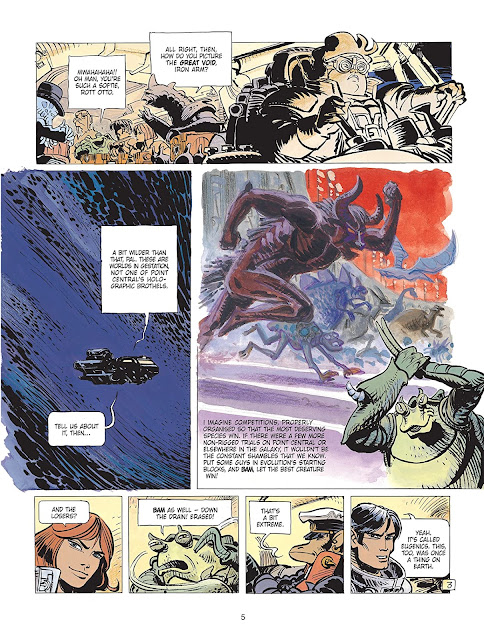