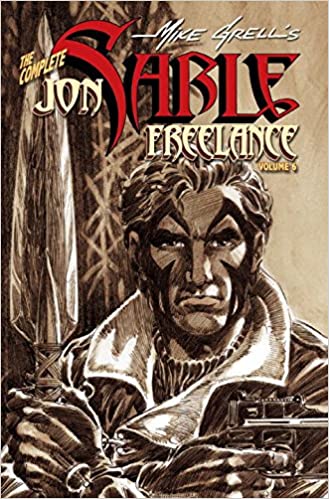 I have to confess to a lie here. While I am covering the material in volume 6 of the complete Jon Sable, Freelance, I did not buy the book as the asking price by these third party retailers is ridiculous. $60? Are you out of your fucking mind? I actually found it much cheaper to buy the individual issues - that’s numbers 28 through 33 of Jon Sable, Freelance. I am leaving links to the issue page for both Mile High Comics and My Comics Shop, along with the Amazon Listing. Numbers change so perhaps the graphic novel will eventually be reasonably priced.

For those who need a refresher, originally published by First Comics, Jon Sable is a freelance operative with a tortured past. A Vietnam Vet and former Olympic athlete, he was in Munich during the 1973 Olympic massacre. He met his wife, a former gymnast, and went to live in what was then called Rhodesia in Africa. They had two children and lived happily, until the family, except Jon was murdered in standard hero vigilante style, leaving him a bitter mercenary shell.

Sable is on the shelf about the direction of his life. What’s bothering him is his evolving relationship with Myke, the good girl character, for whom he has strong feelings, but the shadow of his dead wife and children hang heavily over him. After a mild breakdown when Sable forgets his wife’s birthday, something he’s celebrated since her death, and the knowledge that the Russian assassin, the Sparrow, will someday show up for revenge - Well, let’s just say their relationship has a lot of baggage. So much, that Jon’s not sure it’s right for him to impose it on Myke. 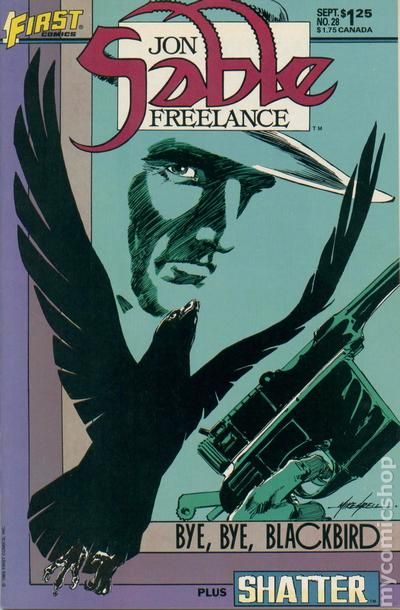 While that is the overarching metaplot, the actual issue stories vary from poor, to explosive, to weird. The first story, which takes up three issues for some reason, deals with Sable and friends attending an auction of movie memorabilia where the original prop falcon for the Maltese Falcon is stolen. Sable is hired by several people to find it, just like in the original. Blah blah blah. It follows the film pretty exactly, with much less charm however.

The whole thing should’ve been wrapped up in one issue, 2 max. It contained none of the good material I expect from a Jon Sable story. Possibly being the worst one ever produced - with the possible exception of Ashes of Eden. Perhaps part of the reason was that First Comics was attempting to pimp their new comic Shatter, so they had to take valuable pages from Jon Sable. Shatter, for those who are interested, is the first computer generated comic book. All art was done on a Mackintosh. And considering the comic came out in 1985, I’m sure you can guess just how good it is. 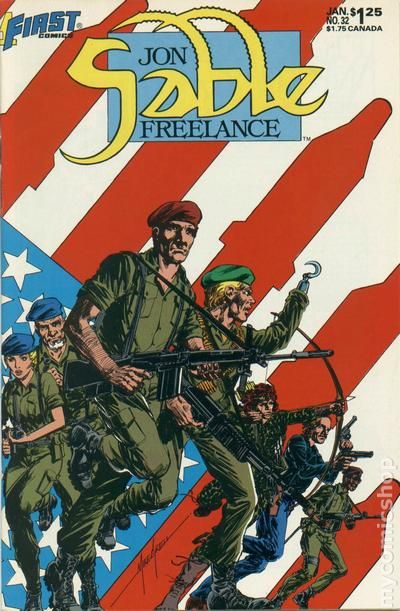 The story taking up issues 31 and 32 are is “The Gauntlet”. Sable hooks up with an old mercenary pal who is putting together a deniable team to enter Nicaragua and check up on the contents of worrisome containers being offloaded from a hostile power. Sable’s team is to check on the cargo and either radio a no-go call or allow the bombing to occur. What they find makes everyone pause. Grell’s artwork and the use of shade and color often underline his hero’s inner sadness to brilliant effect. He expertly moves between scenes, panels flying up before us, knowing when to talk and when to show. He is a true master of the craft. The best tale of the lot.

The last and oddest story of this bunch is in issue 33. Jon Sable’s alter ego is a successful children’s writer under the name of B.B. Flemm. His books deal with a group of Leprechauns who live in Central Park. He meets Sergio Aragones in the book - the actual illustrator, creator of Groo the Wanderer and drawer of Mad Marginals - who is illustrating one of his books. Most of the issue is Sergio Aragones drawing of a children’s book about how the Leprechauns arrived in New York. Fun, silly, definitely different for the series. 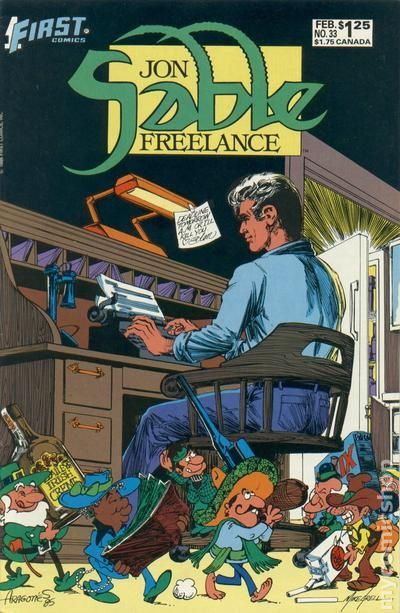