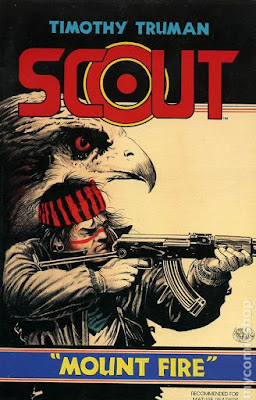 The second book in the Scout series collects issues 8 -14 from 1985 and 1986 - or issues 9-15 if you are reading the Dynamite reprint. Originally released by Eclipse comics, it has some of that drag and momentum of the time, but also remains an indie pleasure. In these issues, as well as the future one, he begins to expand the Scout universe. Political maneuverings and weirdos abound. A fascinating world of hi-tech future wild-west America is opening. Shotguns and mechs abound.

As I stated in the previous entry on this series, Scout takes a little bit of time to find itself and these next seven issues I believe it does that. Gone is the overt supernatural elements of the series: the Gahn and the Four Beasts. Replacing them is more unnerving, covert mysticism, where the reader finds the line between divine inspiration and insanity a thin line. The series benefits greatly from this adjustment. There’s enough drama in the world of Scout without needing to add much more to it. 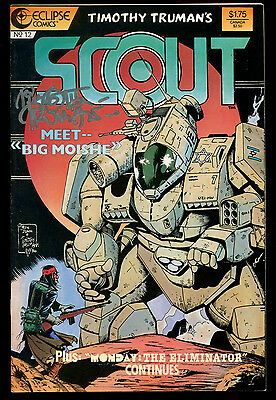 Scout is set in the dystopian future of 1999 - our old future- where, in a similar vein to Solyent Green, the problems inflicted on modern American society are due to overfishing and exhaustion of the soil from overproduction. Most of the rest of the world seems to be under the grip of a Soviet Pact and have leveled trade embargos on the United States and allied countries, forcing us to fend for ourselves. A power struggle is occurring between the new president of the United States, a former junkie, and the former advisor to the previous president, who summoned up the four beasts.

Here a religious movement has taken over a decommissioned nuclear missile silo, which mistakenly had a few nukes left. Half the government wants the group to fire off the bombs, so they can take tighter control of the country, while the other attempts to stop the missile launch. Scout is caught in the middle. He makes new friends - if a man like him can be said to ever make friends - and loses a few as well. This story arc is the tipping point, in my ever humble opinion, the series. The issues where it really begins to sit up and cook. 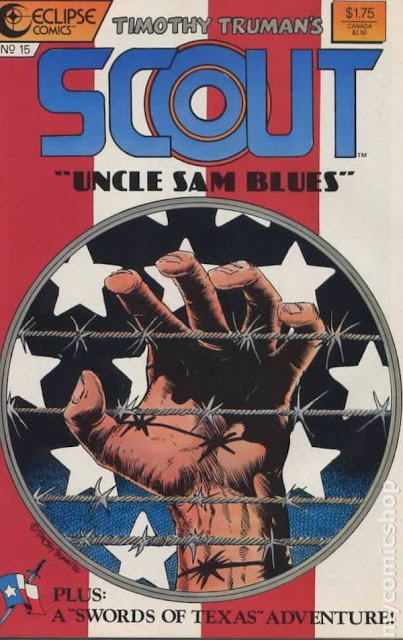