The Light of Ixo (Science Fiction) 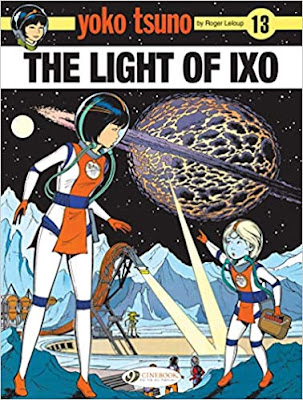 This is one of those sci-fi driven comic albums, called bande dessinée, translated from French. Like Valerian and The Waters of Deadmoon, it demonstrates how much great material there is in other languages which desperately needs to be translated in English. But finally the whole of the Yoko Tsuno series is available in English, if perhaps it is not presented in the correct chronological order by Cinebook- who also published the whole of the Valerian series.

This is a fast paced book, filled with lots of technical jargon and hard science, which made it a very intelligent read on top of the all of the action. If you ignore the extra-terrestrial material, a lot of what is going on seems somewhat plausible. The main character is Yoko Tsuno, a female electrical engineer of Japanese origin surrounded by her close friends, Vic Video and Pol Pitron. While many adventures are on Earth, most of them deal with the blue-skinned alien race of Vineans, who can be friends or enemies depending on the story. 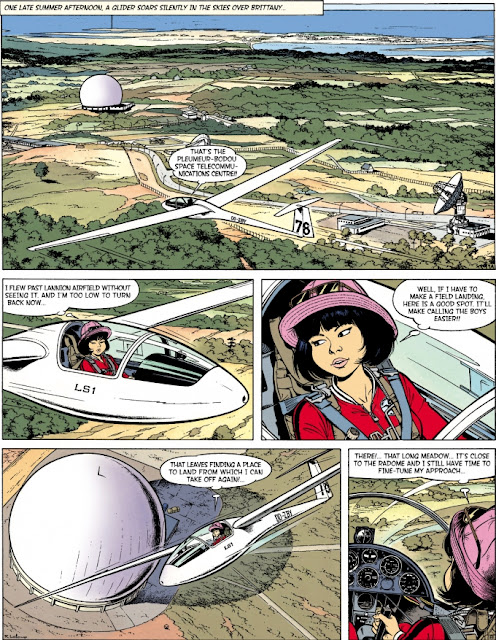 In this album, the crew investigate a mysterious light that appears on the moon Ixo every five years, which turns out to be at the center of a conflict among the descendants of Vinean exiles working on Ixo to supply their city located on a dead astronomical body with energy.

If the art seems a little familiar it’s because Roger Leloup began by drawing detailed backgrounds for Herge’s Tintin, then collaborated with Peyo (of Smurfs fame) on a lesser known project Jacky and Célestin. In fact much of the first material for this series was published in the same illustrated magazines as was the other two, Spirou. While working on Jacky and Célestin he created a female character that became the inspiration for the protagonist of this series. 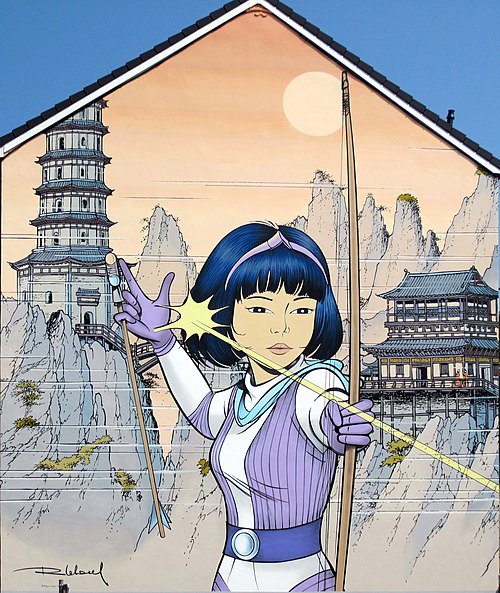