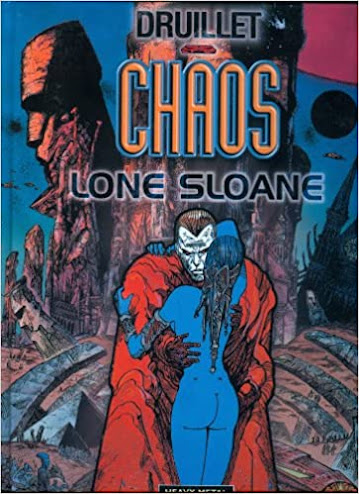 Lone Sloane was first published in the 1966 French magazine Mystère des Abîmes and continued onto the Belgium comic Pilote (which also gave us the Smurfs) Along with its French contemporaries, the author was incredibly influential especially in the field of science fiction comic artistry, eventually bleeding over into American art in the 1970s. Honestly, I am kicking myself that I haven’t read this author before. He is truly a master of his craft. Each panel is intense and precise. It is a crime more of his work hasn’t been translated into English.

This particular story was first published in English in the 2000s. While the clothes are science fantasy and cosmic, as sci-fi was wont to be in the 1970s - replace the flying horses with spaceships - and this story is as cosmic as they come. Universal forces, railroads through time space and dimensions, and enough allegorical exposition to make Dante puke. 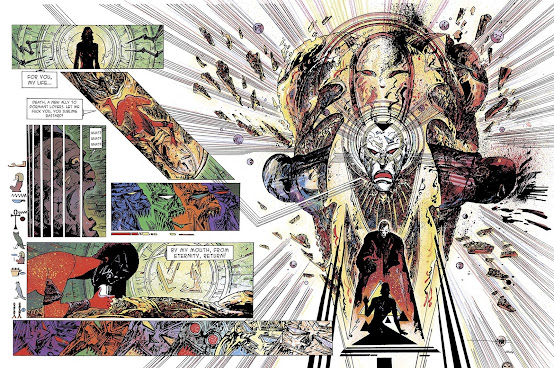 Set ten years after The 6 Voyages of Lone Sloane, this book sees our protagonist return from the dead to challenge a universal force of evil which has overcome most of the intelligent life in the galaxy. This time, he comes face to face with his old enemy, Shaan - who gives us a twist. Whether it’s a good or ill one is up in the air. Not that it matters. The plot is a little mystical and doesn’t make much sense, but then the reason to read one of Druillet’s books is the wonderful wonderful artwork. Which does not disappoint in any way. I’ll let the artwork do the talking here. 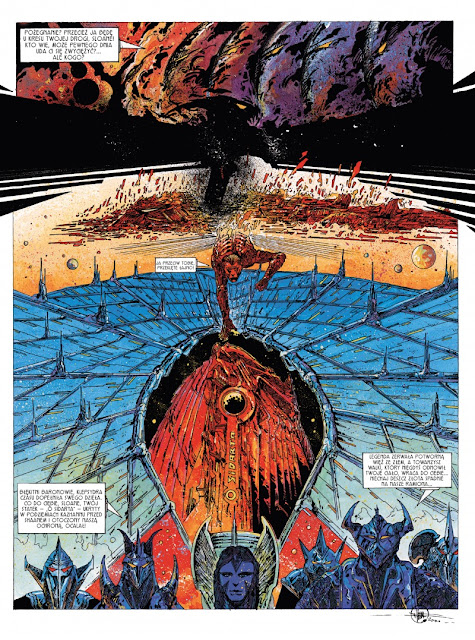