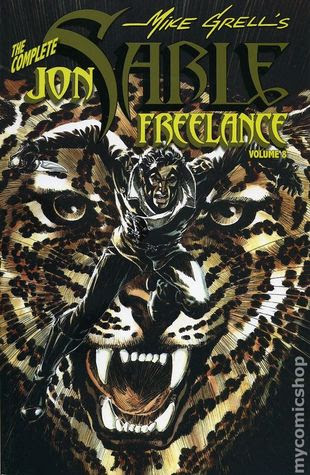 Amazon Listing, and My Comic Shop , and Mile High Comics

Like the previous volume of this series I recently covered, volume 6, I do not in fact own or have read the book. Instead I found it much cheaper to buy the individual issues which make up this trade paperback. While it might have gone down since, I picked up each one for about a dollar to two bucks each.

For those who need a refresher, Jon Sable is a freelance operative with a tortured past. A Vietnam Vet and former Olympic athlete, he was in Munich during the 1973 Olympic massacre. He met his wife, a former gymnast, and went to live in what was then called Rhodesia in Africa. They had two children and lived happily until the family, except Jon, was murdered in standard hero vigilante style, leaving him a bitter mercenary shell. The only joy he feels in life is risking it in aid of mercenary work.

Three story arcs, comprising two issues each, make up the content of Volume 8. The first deals with Jon’s entrance into a gun competition in Texas, where a fan -read fanatic- of his feels snubbed. Angry, the fan quickly creates a scenario where Jon has to defend a woman and engages in a deadly conflict with the lunatic. 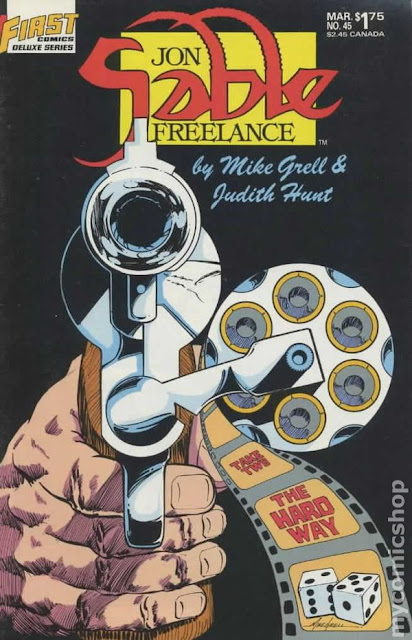 The second story brings back Mossad agent from volume 5, with whom Sable had a brief liaison and who he also thought was dead. He since discovers not only was she still breathing, but she was married the whole time. This throws a wrench in Sable life as he allowed the Russian assassin The Sparrow to escape in order to avenge her death. Now the Sparrow will return to kill Sable one day, and the mercenary will not have the satisfaction of having let the man go for a good reason. In this story the pair become wrapped up in a terrorist plot to blow up the Statue of Liberty on the Fourth of July.

The third is almost an Agatha Christie whodunit. An unreleased film, "The Hard Way" is finally being screened since it stars a recently departed actor. Jon Sable becomes involved because Myke Blackmon's roommate Grey had a role in the film. So when one of the only two remaining copies of the film is destroyed by a truck bomb, Sable is hired by the producer to protect the last copy. Travelling to Cannes on the producer's yacht are the main stars of the film, plus Jon Sable. Everything is going fine……until one of the stars is murdered. Loads of fun. 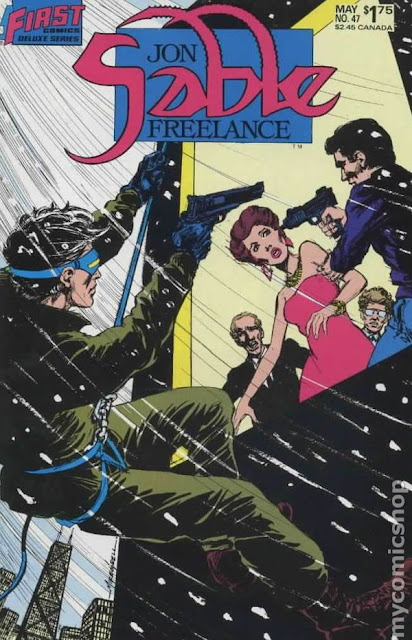